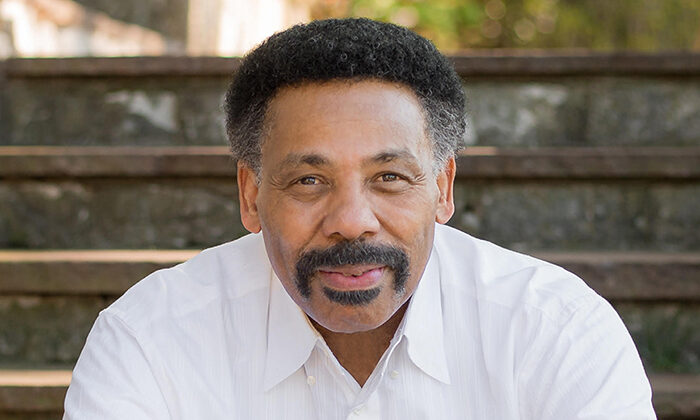 Influential Christian pastor and author Tony Evans is calling on the church to vote from a biblical or scriptural perspective and not just according to personal opinion.

His remarks come amid mounting concerns raised that politics should be off-limits to Christians most especially those who see the discord that comes from it.

Evans acknowledges that a conversation on voting can easily become toxic, as people take sides and remain dedicated to their positions. He explained that this is partly because many chose to ignore the Kingdom perspective when it comes to God’s activity in society.

According to Evans, the Church today has allowed itself to become “a poor example of who God is, and how He functions with regard to government.”

People often “change books,” or take part of the book, when it comes to their political positioning, he urged. We can’t ignore “the whole counsel of God,” he said.

“Kingdom voting is the opportunity and responsibility of committed Christians to partner with God by expanding His rule in society through civil government,” Evans explained. “It’s only to the degree that you include God’s person and God’s policies in society through civil government — as He defines it, not as you prefer it — that we can begin to see healing in the Church so that it can be modeled in the culture.

The 71-year-old U.S-based preacher quoted Joshua 5:13: “While Joshua was near Jericho, he raised his eyes and saw one who stood facing him, drawn sword in hand. Joshua went up to him and asked, ‘Are you one of us or one of our enemies?’”

Reading the next verse, Evans underlined that the commander of the army of the Lord said he’s on the side of “neither.”

“God’s political position” is that “He is a Kingdom independent.”

God is not on our side just because we are Christians, he emphasized. “Every Christian should be a Kingdom independent.”

God does not want to take sides, Evans added. He is there to “take over” because He rules the nations.

New Covid vaccine approved for use in the UK

Levixone grows into Uganda’s gospel ambassador in the region